The Symptoms of Cervical Cancer 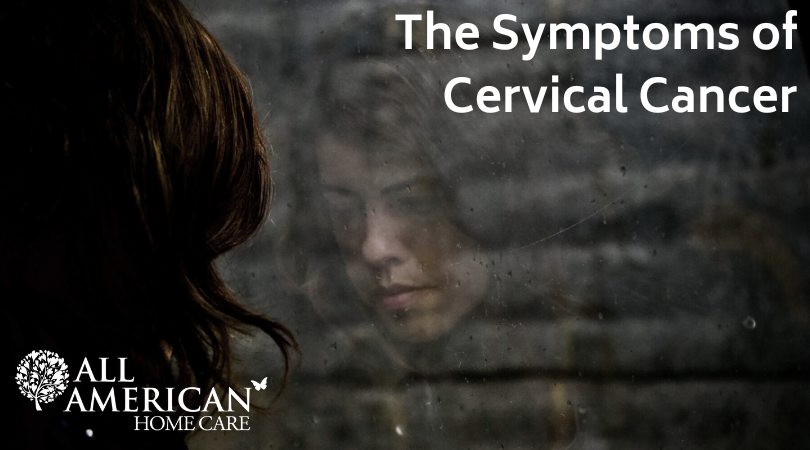 The Symptoms of Cervical Cancer

Plus Risk Factors, Types of Cervical Cancer, and Prevention

The American Cancer Society estimated that in 2022, about 14,000 new cases of invasive cervical cancer would be diagnosed in the U.S. and about 4,280 people would die from cervical cancer. It is early in 2023, so we have yet to see how close those estimates are.

Regardless, cervical cancer affects many women worldwide, proving just how important it is to get cervical screenings. This screening can find changes in the cervix before cancer develops. It can also find cervical cancer early on, when it is smaller and easier to treat.

Besides age, infection by the human papillomavirus (HPV) is the most important risk factor for cervical cancer. HPV is a group of more than 150 related viruses. While some of these viruses cause warts on female and male genitalia, other types are high-risk types and are strongly linked to cancers, including cancers of the cervix, vulva, and vagina. Infection with HPV is common and often the body clears the infection on its own. However, if the infection does not go away, it becomes chronic. High-risk types that are chronic are what eventually lead to cancer.

Sexual history can also be a risk factor as HPV can spread between sexual partners. Those who became sexually active at a young age (younger than 18), have had many sexual partners, or who have had a partner who is considered high risk, can increase your risks for cervical cancer.

Some additional risk factors include:

The great news is that this type of cancer rarely occurs in women who receive regular cervical cancer screenings.

What is Cervical Cancer?

Cervical cancer is a type of cancer that occurs in the cells of the cervix. The cervix is the lower, narrow part of the uterus that connects to the vagina. There are two parts to the cervix, the ectocervix (outer part) and the endocervix (the inner part). Cervical cancer generally develops slowly over time. Before cancer appears in the cervix, the cells of the cervix go through a change known as dysplasia, which is when abnormal cells begin to appear in the cervical tissue. If not destroyed or removed, these abnormal cells can become cancerous over time, and begin to grow and spread more deeply into the cervix and surrounding areas.

There are two types of cervical cancer, which are named after where the cancer started. The first type is known as squamous cell carcinoma. This type of cervical cancer makes up 90% of cases and develops from cells in the ectocervix (outer part).

Early on, cervical cancer doesn’t usually have symptoms, making it hard to detect. Symptoms usually begin after the cancer has spread. When it is in its early stages, symptoms may include:

Advanced cervical cancer is when the cancer has spread beyond the cervix to other parts of the body. Symptoms may include those from the early stages, plus the following additional symptoms:

When to Seek Treatment

It is important to know that some of these symptoms can be caused by other conditions. The only way to know if you have cervical cancer is to see a health professional. Ignoring symptoms can delay treatment, making it less effective, and can increase the risk of death from advanced cervical cancer.

To prevent cervical cancer from occurring, or to catch it in its very early stages, it is important to receive routine cervical screenings, particularly if you have any of the above risk factors. You should also ask your doctor about the HPV vaccine. Receiving this vaccine can help prevent an HPV infection and reduce your risk of cervical cancer and other HPV-related cancers.

Remember to also practice safe sex. You can reduce your risk of cervical cancer by taking measures to prevent sexually transmitted infections (STIs). This includes using a condom every time you have sex and limiting the number of sexual partners you have.

Finally, don’t smoke. Smoking can cause many different types of cancer, and is a risk factor for cervical cancer. If you are a smoker, speak with your doctor about strategies to help you quit.