Is Aspartame Bad for You? 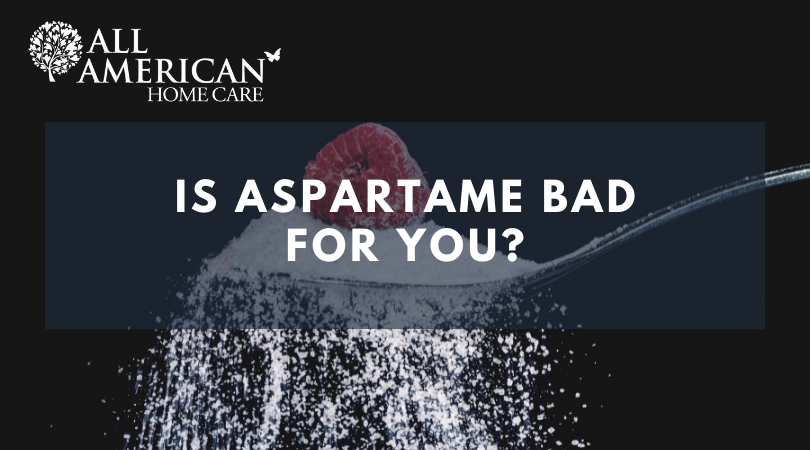 Is Aspartame Bad for You?

Plus Who Should Avoid Aspartame

There is a lot out there about aspartame and whether it is bad for you. In the past several years, it has become quite controversial, despite its extensive use and popularity in the food industry.

But is it actually bad for you? We’ll dive into that and more.

Aspartame is a widely used artificial sweetener. It is a popular substitute for sugar in low-calorie food and drinks. You’ve probably seen it listed in the ingredients on diet sodas either as aspartame, or under the brand names of Nutrasweet or Equal. It is also a component in some medications.

Despite its extensive use, the popular sugar substitute has come under fire with several recent studies claiming the sweetener has adverse health effects.

The FDA has set the acceptable daily intake (ADI) for aspartame at 50 milligrams per kilogram of body weight per day. Most people will not consume that much in one day.

What are the Side Effects of Aspartame?

Aspartame may have some of the following side effects:

While aspartame contains a similar amount of calories to sugar, it is around 200 times sweeter than sugar. This means only a small amount is used to sweeten food and drinks. It is this reason that you often see it used in low-cal options or in weight loss diets.

However, a recent study has shown that there is no evidence that low-calorie sweeteners, such as aspartame, are effective in weight management. In fact, researchers found a link between regular intake of low-cal sweeteners and increased body weight and waist circumference, as well as an increased risk of developing heart disease, diabetes, and stroke.

Some research suggests that the increase in body weight may be due to aspartame increasing one’s appetite, leading to greater food consumption. One particular study suggested that these sweeteners may increase appetite by disrupting the signaling process that usually occurs when a person eats foods with more calories.

In other words, artificial sweeteners like aspartame provide sweetness without providing the body with energy, and this may be what stimulates appetite. A person who regularly consumes artificial sweeteners can essentially cause their body to unlearn the association between sweet tastes and calories, leading to overeating.

Several studies have found a link between aspartame and changes in metabolism. In fact, one study suggested that low-calorie sweeteners may disrupt the balance and diversity of bacteria living in the gut, leading to metabolic disease. Another study found that high levels of aspartame could cause a change in serum and oxidative stress markers, which could lead to type 2 diabetes.

Are There Health Risks Associated with Aspartame?

There are some studies that have found some short and long-term health effects associated with aspartame.

A 2019 study looked at the short-term effects of aspartame on the blood and biochemical measurements on mice over the course of 30 days. It found that consuming aspartame was harmful to the mice and produced negative effects, however, researchers need further evidence and human studies to support these findings.

A 2016 study looked at the effects of aspartame on the central and peripheral nervous system of rats. The study found that long-term dosage of aspartame was harmful to the structure of the sciatic nerve and that stopping any intake of aspartame for a month did not lead to complete recovery. Scientists believe human studies need to be done to learn more.

Some research suggests that aspartame can increase the risk of:

Who Should Avoid Aspartame?

TD is a neurological disorder that causes sudden uncontrollable jerking movements of the body and face. TD most often results from a long-term use of antipsychotic medications, however, a review notes that some evidence suggests a link between TD and the buildup of phenylalanine (one of the amino acids that makes up aspartame) in the body.

If you would like to limit your intake of aspartame, try one of these alternative natural sweeteners:

There is much controversy around the safety of aspartame, despite approval from the FDA. While some studies suggest a link between aspartame and negative health effects, particularly for those with certain medical conditions or obesity, much more research is required to support the findings in many of these limited studies.