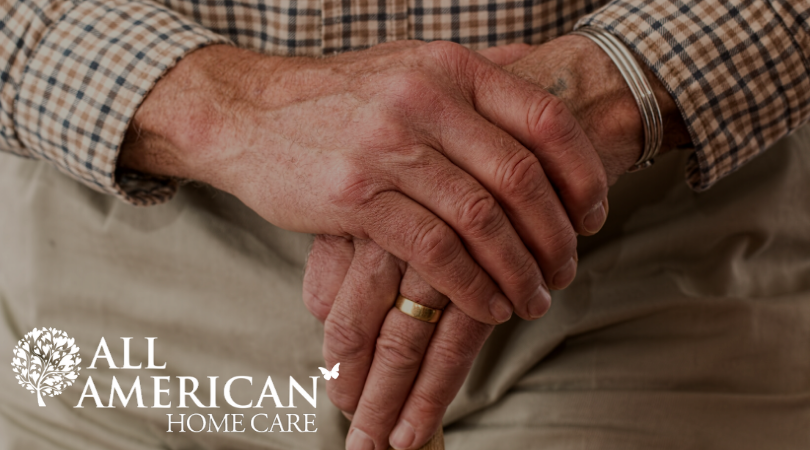 Basically, Alzheimer’s is an irreversible and continuous brain disorder. First, this disease affects memory and the process of thinking. As a rule, it leads to the inability of a patient to complete even simple tasks. The illness is widely spread among elderly people.

The most confusing thing about Alzheimer’s is that some spurious indications might only be a naturally-determined part of the aging process. However, you should be very attentive towards the condition of your nearest and dearest, in order to recognize warning signs of dementia in the elderly on time. Now, let us proceed to the particular early Alzheimer’s symptoms.

1 It is quite fair to claim that one of the most common and the brightest signs of Alzheimer’s in men is characterized by memory loss. The expression of this symptom can be widely diverse. At first instance, it’s significant to understand that it’s not about forgetting a range of symptoms that took place a long or some time ago.

Overwhelmingly, it’s about forgetting the things a person has just said. For example, if your mother suggested that you should go for a walk to the park, and then in 30 seconds she asks again where you’re going, it might be an indication of one of the first signs of Alzheimer’s.

Completely forgetting names and important occasions refers to this category of problems as well. The same relates to repeatedly asking the same question during a short period of time.

Easy Things Are Not Easy Anymore

2 The difficulties a patient may face, in his or her everyday routine, might also be early signs of Alzheimer’s, which occur in the eye. Simple tasks that are definitely not challenging for a regular person turn into an obvious obstacle. The list of such kinds of tasks can be endless, starting from brewing a cup of coffee, to putting on clothes.

So, take note if you see that your relative or friend starts feeling unvarnished discomfort doing the things that he used to do easily every day.

3 Sometimes people with very early signs of Alzheimer’s find it complicated to get their bearings in time and space. This can appear in the following ways. A person might start cooking breakfast late at night or have no idea how he or she got to their neighbors’ backyard. The symptom works as well when being at home, a patient is sure that he or she is at a hospital or in a house they moved from many years ago. These all might become signals for Alzheimer’s.

Inability to Write and Speak Properly

4 If your beloved person finds it extremely difficult to find appropriate words, especially if he or she has an impressive vocabulary, it can be referred to as the symptoms of the early stage of Alzheimer’s. Here also comes the challenge of being incapable of finishing a sentence or struggling to choose words when speaking. Some words might be used in the wrong context by the person.

On top of that, writing also becomes a difficult process as normal hand to eye to brain coordination becomes damaged.

5 This fact can also easily be placed at the top of the most wide-spread Alzheimer’s disease signs and symptoms. In this way, dementia can reveal itself not only in misplacing things like putting someone else’s clothes in his or her wardrobe. It also includes placing items in strange places, which is an even more significant feature. If a person is persistently trying to put shoes inside a microwave, it is a strong sign to ring the alarm.

Starting to Do Really Weird Things

6 Odd behavior is a definite early Alzheimer’s sign. It can be an impulsive or crack headed decision. For example, a person suddenly sells their house or decides to get married when they still have a wife. These decisions are not typical thoughts and behaviors, so they also fall into this particular category. All in all, walking around a city wearing only your pajamas is also a reason to worry.

7 If a person who used to be active and cheerful, sociable and nice starts chinning, feeling really uncomfortable in society, avoiding crowds and public places, refusing to take part in favorite activities, all of these reactions could be the first signs of Alzheimer’s.

Remember that any strongly marked deviation from usual habits and moods can be connected not only with a depressed state of mind but also with a disease, such as Alzheimer’s.

8 This fact continues in line with the previous one. The main difference is that anxiety and depression are more deep forms of early signs of Alzheimer’s, and they cause more unpleasant consequences. Of course, scientists are still arguing whether depression is provoked by Alzheimer’s or if it is a logical reaction to the disorder.

Still, it can take place and become a real problem both for a patient and his or her family. All American Care nurses have extensive experience with Alzheimer’s patients, so many people trust us with their closest people’s health. Contact All American Care and remember that Alzheimer’s is a disease that requires special care and constant psychological support.

9 If you don’t know other ways to recognize Alzheimer’s, take a look at changes in the person’s behavior. In this case, we are not speaking about mood changes but something more radical and global. For example, if your relative or friend who was always polite, talkative, and ready to help everyone, starts acting strangely, becomes aggressive, or even starts fighting, it’s a warning signal you should pay attention to.

10 Your favorite person is the one who always looks stylish and tidy, and all of a sudden, he or she pays zero attention to the way he or she looks. Sounds strange, does not it? Frankly speaking, indifference towards personal appearance is also a warning Alzheimer’s sign. This phenomenon combines two aspects. On the one hand, a person with Alzheimer’s might feel extremely apathetic about his or her personal look. At the same time, some things like brushing their teeth or combing their hair may just become tasks that are too challenging.

11 It is not a secret that some parts of the brain deteriorate during the illness, faster than others. It can easily affect a person’s vision. Of course, worsening eyesight is something quite common for the majority of elderly people. However, don’t neglect this symptom completely as it can cause much more harm in the future than it might seem at first sight. The aging process is full of unexpected surprises, so you should not take any symptoms for granted. Better check first than deal with the consequences after.

Needless to say, the list of potential early signs of Alzheimer’s seems to be long and pretty scary. But it is better to be well-prepared for something any of us might face in the future.

Please, remember that Alzheimer’s is not a capital sentence.

People can easily spend many ears living a nice and emotionally life full of joy and happiness. Just be ready and apply for help on time. We hope that this simple explanation will become a useful tip for you and your family. Alzheimer’s is not something one should be afraid of. It’s just a disorder that one can live with if all of the necessary measures are taken, and proper care is provided.

With All American Home Care, it becomes even easier to help your favorite people with this form of dementia. We provide not only full information concerning the illness but also professional assistance in all aspects needed.

Article Name
11 Early Signs of Alzheimer’s Disease
Description
Basically, Alzheimer’s is an irreversible and continuous brain disorder. First, this disease affects memory and the process of thinking. As a rule, it leads to the inability of a patient to complete even simple tasks. The illness is widely spread among elderly people.
Author
All American Home Care
Publisher Name
All American Home Care
Publisher Logo